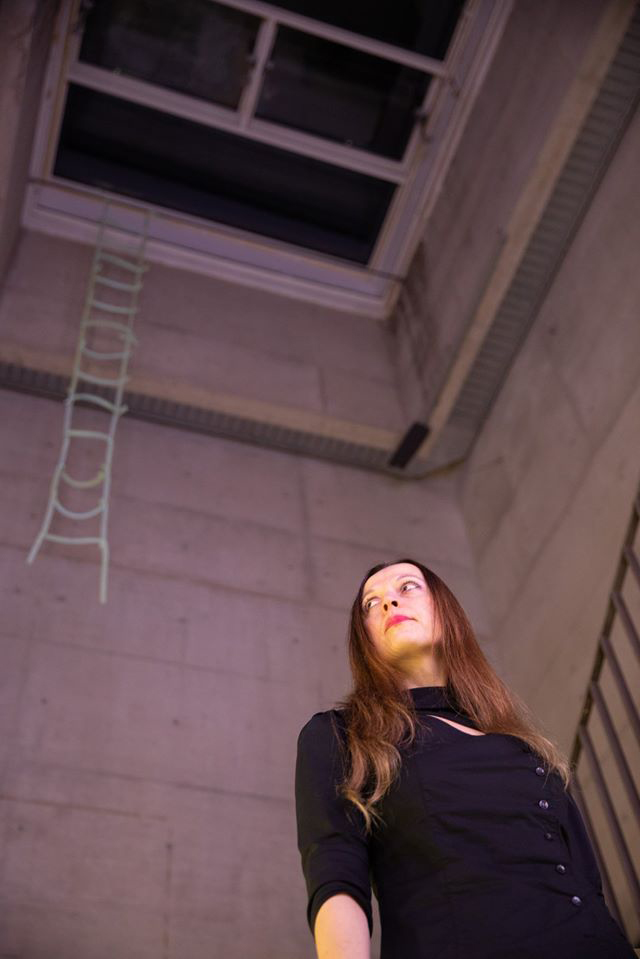 Vlatka Horvat works across a wide range of forms, including sculpture, installation, drawing, performance, photography, video and writing. Her work is presented internationally in a variety of contexts – in museums and galleries, theatre and dance festivals and in public space.

Recent solo exhibitions and commissioned projects include: Kunsthalle Wien, the Pavilion of Croatia at the 16th Architecture Biennale, Museums Sheffield, Theater Spektakel Zurich, Renata Fabbri gallery (Milan), GAEP Gallery (Bucharest), Marta Herford Museum, Museum of Contemporary Art Zagreb, Bard Center for Curatorial Studies (upstate NY), Stroom (The Hague), Wilfried Lentz Gallery (Rotterdam), CAPRI (Düsseldorf), Bergen Kunsthall, the Kitchen and MoMA PS1 (both NYC), etc. Her performances have been commissioned by venues across Europe, North America and beyond, including HAU Hebbel am Ufer (Berlin), LIFT – London International Festival of Theatre, PACT Zollverein (Essen), Tanzquartier Wien (Vienna), Outpost for Contemporary Art (Los Angeles), KunstFestSpiele Herrenhausen (Hannover) and many others. Born in Croatia, she moved to the US as a teenager and spent 20 years there. She holds a BA in Theater from Columbia College Chicago, an MA in Performance Studies from Northwestern University and a PhD from Roehampton University in London. Her work in visual art is represented by GAEP Gallery (Bucharest), Renata Fabbri arte contemporanea (Milan) and annex14 (Zurich).

Horvat currently lives in London, where she teaches in the Fine Art department at Central Saint Martins, University of the Arts London.

BETWEEN US: Encounters, Exchanges, Dialogues

In BETWEEN US we will explore dialogic encounters between ourselves and elements of the outside world – physical spaces, inanimate objects, other people, animals and ‘the intangible’. Through a series of practical experiments, discussion and engagement with other artists’ works, we will approach dialogue as a central proposition for thinking through the ways in which we make work and engage with the world.

Practical activities will include solo and duet performative tasks, collaborative assignments, rule- and chance-based frameworks and structures for improvisation and practical problem solving. We will draw on what is around us – on the presence, materiality and stories of places, objects and people – and devise a series of dialogic exchanges to be pursued for the duration of the project. Artistic outputs arising from the project will likely span a range of media, including performance, film, video, sound, writing, image- and object-based work, as well as outputs manifested across and between multiple forms.

Working out responses to a range of prompts, propositions and provocations addressing the negotiated nature of encounter, we will explore how the habitual and normative relations between human and non-human, animate and inanimate agents can be opened up, reconfigured and re-imagined.

Some sessions of BETWEEN US project will be organized as practical workshops, comprising experiments with, and research into, different dialogic forms in physical space and across distance. Other sessions will be focused on generating ideas and developing new work, with an emphasis on the temporal, performative and process-based outcomes.

BETWEEN US will focus on acts of looking and listening, on processes of call-and-response and give-and-take that are at the heart of all horizontal exchanges. The project will approach all things around us – objects, spaces, animals, other people – as potential partners with whom we might enter into a dialogic exchange.

Each mentor worked closely with one program participant over several months, critically reflecting on their artistic practice, its relationship to this particular moment, and possible paths it might take in the future. Vlatka Horvat will collaborate with artist Eva Ďurovec.