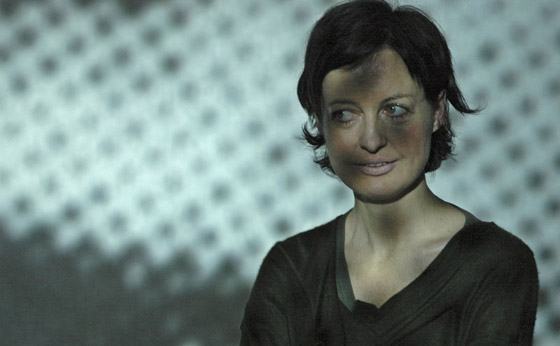 Kathrin Rhomberg is a curator and artistic director of Kontakt collection. She was the curator and head of the exhibition office at Secession, Vienna, the director of the Kölnischer Kunstverein, Cologne and since 2014 has been the chairwoman of the Kontakt Art Collection. Together with Maria Hlavajova, she is the founding director of tranzit, a network that supports the exchange of contemporary art practices in Austria, the Czech Republic, Hungary, Slovakia and Romania. She was the curator of the Czech and Slovak Pavilion (Roman Ondák) at the 53rd Venice Biennial, 2009, of the 6th Berlin Biennial, 2010 and of the Pavilion of the Republic of Kosovo (Petrit Halilaj) at the 55th Venice Biennial, 2013. She co-curated Manifesta 3, Ljubljana, 2000; Projekt Migration, Cologne, 2002–2006; Former West – Documents, Constellations, Prospects, HKW, 2012, Berlin; The Bauhaus in Calcutta, Bauhaus Dessau, 2013; Július Koller, Museum of Modern Art, Warsaw, 2015 and mumok, Vienna, 2016. She is a lecturer at the University of Applied Art in Vienna.

Július Koller is one of the iconic figures of the post war avant-garde who started from a marginal position in communist Czechoslovakia in 1960. Since the early 1990s his work has been a significant source of inspiration for artists and intellectuals around the world. Koller´s artistic practise will be discussed as an example of how it is possible to follow an approach that created an art sphere free from all immediate purposes, which led to a fundamental redefinition of art.