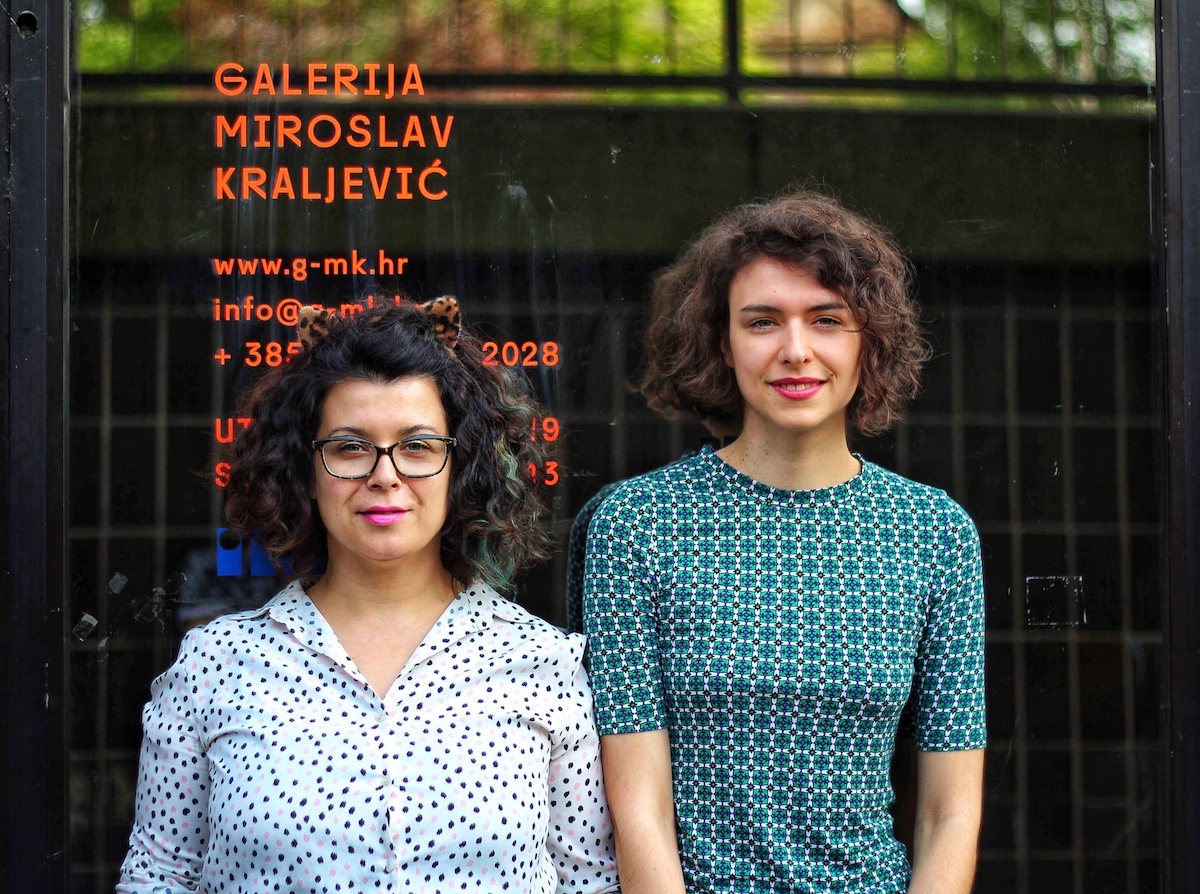 ‍Ana Kovačić (1980, Zagreb) is an art historian who mostly works as a curator and a cultural worker. She holds an MA degree in Art History and Comparative literature from Faculty of Philosophy, Zagreb. She has collaborated on projects Shame on You! (2013-2015), Liquidaton (2014/2015), and My sweet little lamb (2017/2018), curated many exhibitions in GMK since 2013., in Gallery Galženica (2013./2014.), worked as a journalist for contemporary art show Transfer on National television and writen many texts. She is based in Zagreb, Croatia where she works as a director of Miroslav Kraljevic Gallery as well as a producer and as a long - term collaborator of WHW collective, Zagreb.  ‍

Lea Vene (1987, Zagreb) is an art historian, cultural anthropologist, and fashion theorist. She completed her post-graduate studies at Critical Images and R-Lab at the Royal Institute of Art, Stockholm, Sweden. She has worked as a curator at the Kic Photo Gallery and as a part of the organizing team of the ETNOFILm Festival. She currently works as a curator at the Miroslav Kraljević Gallery and is also part of the curatorial team of the Organ Vida Festival of Photography. She also works as a researcher at the Center for Fashion and Dress Research - CIMO. She is a lecturer at the Faculty of Textile Technology.

The GMK team (Ana Kovačić and Lea Vene) held a two-day workshop centered around the former INA (national oil and gas exploration company) building in which the gallery space is situated. The workshop is based on the exploration of the neighborhood defined by Martićeva street, Badel drinks factory and Kvatrić square and farmers’ market. The building itself is famous in architecture circles, and is now one of the venues of Croatia’s presidency of Council of EU. We will reflect on previous art projects and research done in the neighborhood by the gallery’s curatorial team. Workshop also focused on the examination of the role of the gallery’s existence within the oil company since the late seventies up until recent critical practice.

Since the students of the WHW academy have been using additional GMK spaces during their time in the academy, this workshop was a way to familiarize them with the local context and invite them to individually reflect on certain relevant issues embedded in the surrounding space.