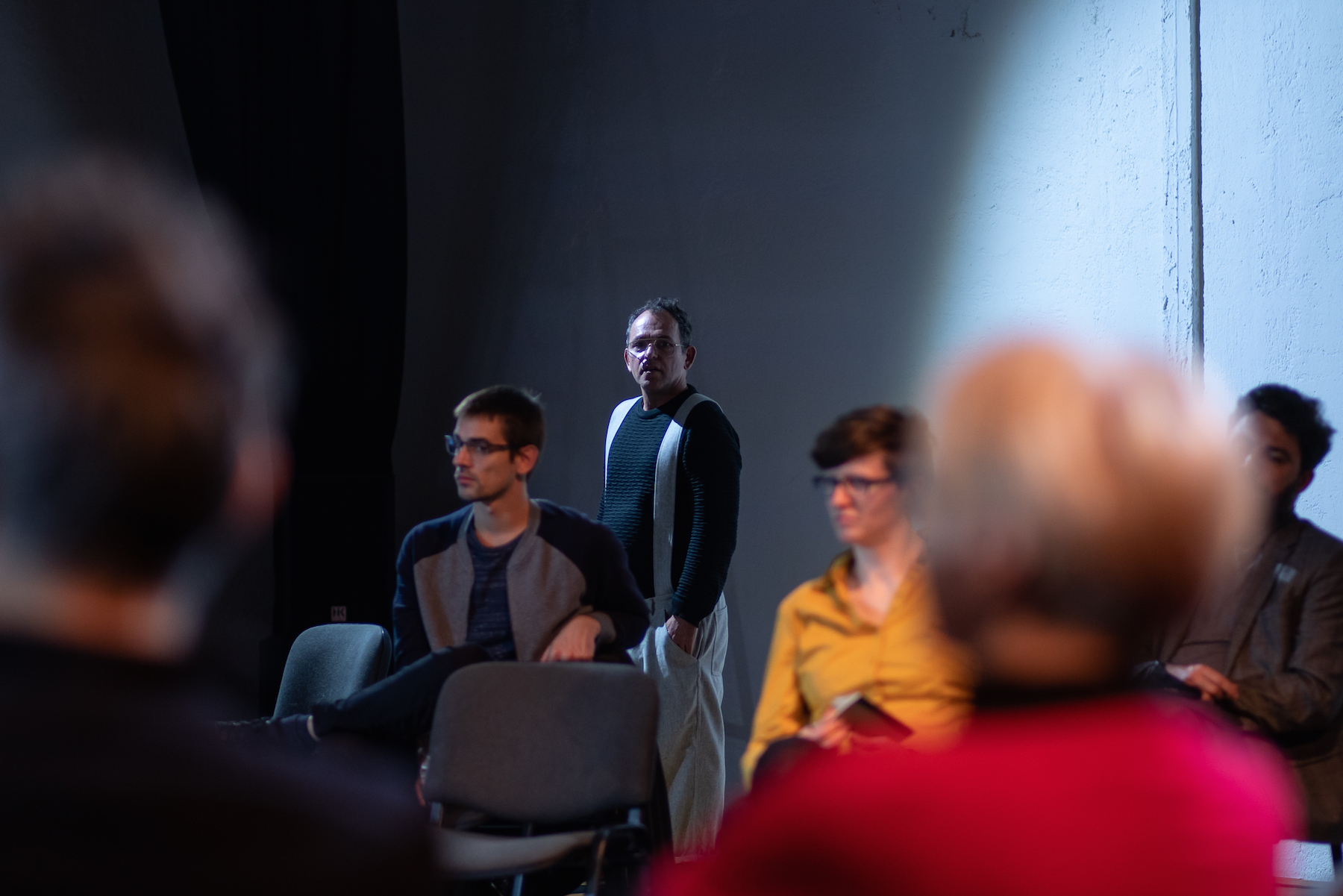 Pierre Bal-Blanc is an independent curator and art critic based inAthens and Paris. He was curator for the documenta 14 in 2017 inAthens and Kassel, where among other projects he developed CollectiveExhibition for a Single Body. He has recently presented DerCanaletto Blick- The Canaletto View, a commission programaround the topic of art and capital, for the Erste Group Bank AG atErste Campus in Vienna Austria. Soleil politique, anexhibition at Museion in Bolzano, Italy continued his exploration ofthe forms and responsibilities of museums, their daily activities,and their relationship with the city (catalog Paraguay press, 2015).He was the director of CAC Brétigny (Contemporary Art Centre ofBrétigny, greater Paris in France). There, from 2003 to 2014,echoing the societal thought of Charles Fourier, he ran the ProjectPhalanstère (catalog Sternberg Press, 2017), a series ofsite-specific proposals aiming at critical rethinking of the logicbehind accumulation of art works. His exhibition sequences LaMonnaie vivante/Living Currency adapted from Pierre Klossowski’sessay (CAC Brétigny/Micadanses, 2005–06; Stuk Leuven, 2007; TateModern London, 2008; MoMA Warsaw and Berlin Biennale, 2010) and DraftScore for an Exhibition (Le Plateau Paris, Artissima Torino,Secession Vienna, 2011; Index Stockholm, 2012; catalog NERO PublisherRome, 2014) negotiate the current and historical analysis of the bodyand the strategies related to performance in visual arts. The threechapters of Reversibility- a theater of de-creation (FriezeArt Fair, 2008; CAC Brétigny, 2010; Peep Hole Milan, 2012; catalogMousse Publishing, 2012) reflect on the consequences of the artobject’s materiality upon the configuration of the culturaldomain’s protagonists, as well as on the role and shape of thecultural institution today. The Death of the Audience (Secession,Vienna, 2010; catalog Ver Sacrum Verlag Niggli AG Sulgen/Zurich,2011) reveals the processes of emancipation and alienation takingplace in the interstice between the figures of the artist and thespectator.

Manuel Pelmuş was born in Bucharest, Romania. He is a choreographer andartist who lives and works in Oslo and Bucharest. Pelmuş could beseen as one of the protagonists of the “new performance turn,”artists who have been reimagining the role of performance in thecontext of visual arts. He often deploys continuous live presencewithin the context of exhibitions, using enactment as a strategy andthe human body as a medium and a means to explore the body’srelationship to memory and the construction of history. In additionto his recent solo exhibition at Para Site, Hong Kong (2018), Pelmus’projects have been featured at institutions including the TateModern, London; the Museum Ludwig, Cologne; Centre National de laDanse, Paris; TanzQuartier, Vienna; Centre Pompidou, Paris; VanAbbemuseum, Eindhoven; Museum of Modern Art, Warsaw; Tanz im August,Berlin and the Museum der Moderne, Salzburg, among others. In 2013,he represented Romania at the 55th Venice Biennale with acollaborative project with Alexandra Pirici. He also participated inthe Off-Biennale, Budapest (2017), and the Kyiv Biennale (2015). In2012, Pelmus was awarded the Berlin Art Prize for performance artsand later recognized with the prize for excellence from the NationalDance Center of Bucharest in 2015.