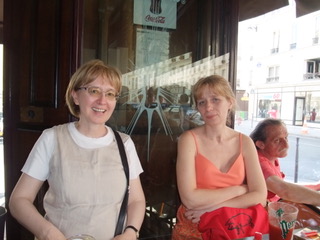 Branka Stipančić is an art historian, curator and editor based in Zagreb. She graduated art history and literature from the Faculty of Philosophy, University of Zagreb. She has briefly taught a course on 19th and 20th century art at the Faculty of Pedagogy in Rijeka. She first worked as a curator at the Gallery of Contemporary Art (present Museum of Contemporary Art, MSU), then she was the director of SCCA, and for the last 20 years she has been working as a freelance curator. When she is not preparing exhibitions – she writes, edits and publishes books and catalogues. Since 2004 she has been working with a group of curators on Kontakt The Art Collection, Vienna. In 2007 she received the art criticism award of the Croatian section of AICA.

The seminar is focused on the work of Dimitrije Bašičević Mangelos (1921 – 1987), who was art historian, artist, writer and curator, also a member of neo-avant-garde group Gorgona in Zagreb. In the formation of his own particular language and rules, paying no heed to conventions, Mangelos created a completely authentic work that he himself characterized as no-art. Looking at his oeuvre the focus will be on his neo-avant-garde concepts of no art and the second civilisation based on ideas about the development of society and the non-development of art.