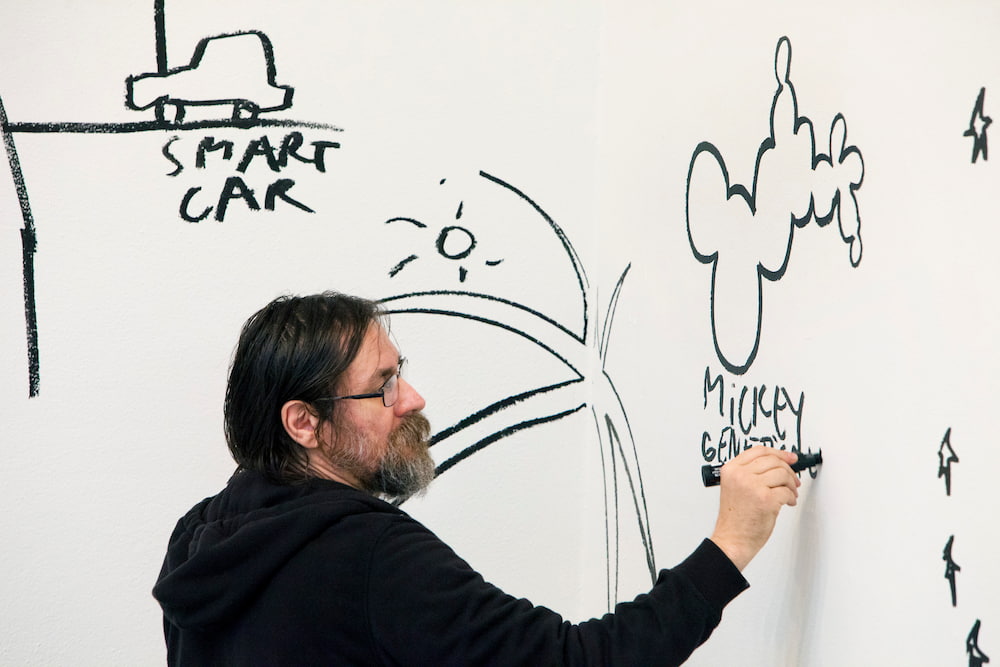 With probably the simplest and most economical of current art practices, Dan Perjovschi’s work manages to comment on the widest possible terrain of political, economic and artistic subjects. Living in Bucharest and Sibiu in Romania, his view of the world is both particular to those places and riddled with all the contradictions, wisdom and absurdity that global information systems offer. His work is humorous, sharp and sometimes cutting in its exposure of human behavior and fragility. In simple terms, he draws pictures and texts on walls. The architectural spaces that he inhabits determine certain outcomes of his installations, the sights and sounds that he experiences at the time influence some of the subjects in his drawings, while current affairs and local gossip shape others. Together they form a visual diary as much as a microcosm of what is going on in and around the exhibition, the city and the world at the moment.

Each mentor will work closely with one program participant over several months, critically reflecting on their artistic practice, its relationship to this particular moment, and possible paths it might take in the future. Dan Perjovschi will collaborate with artist Raluca Țurcanașu. 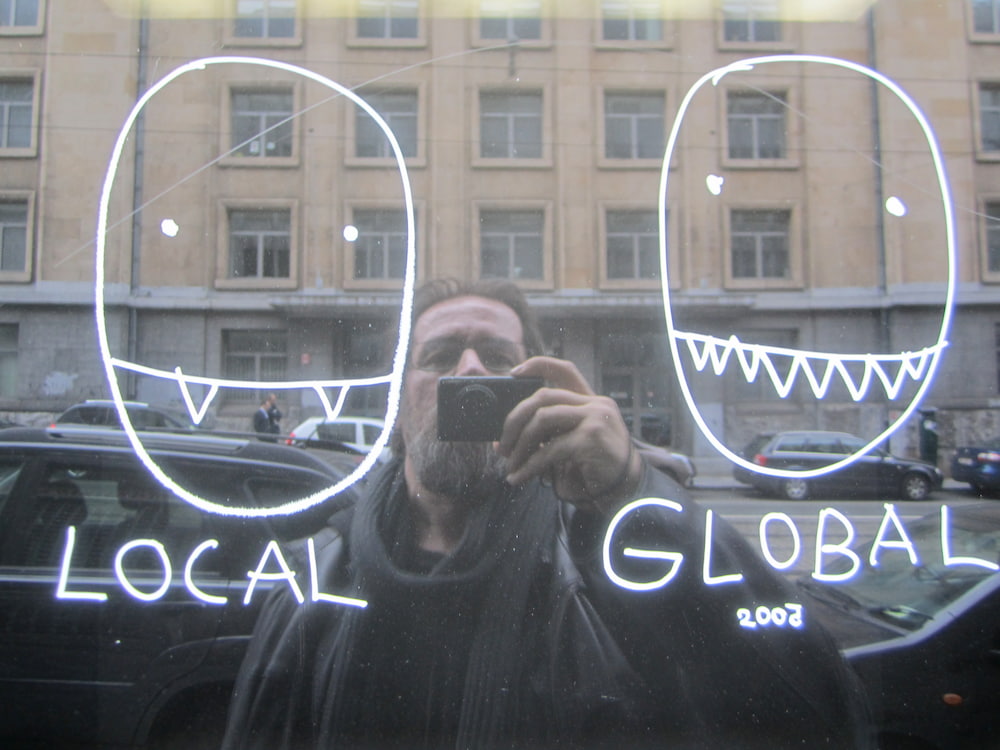 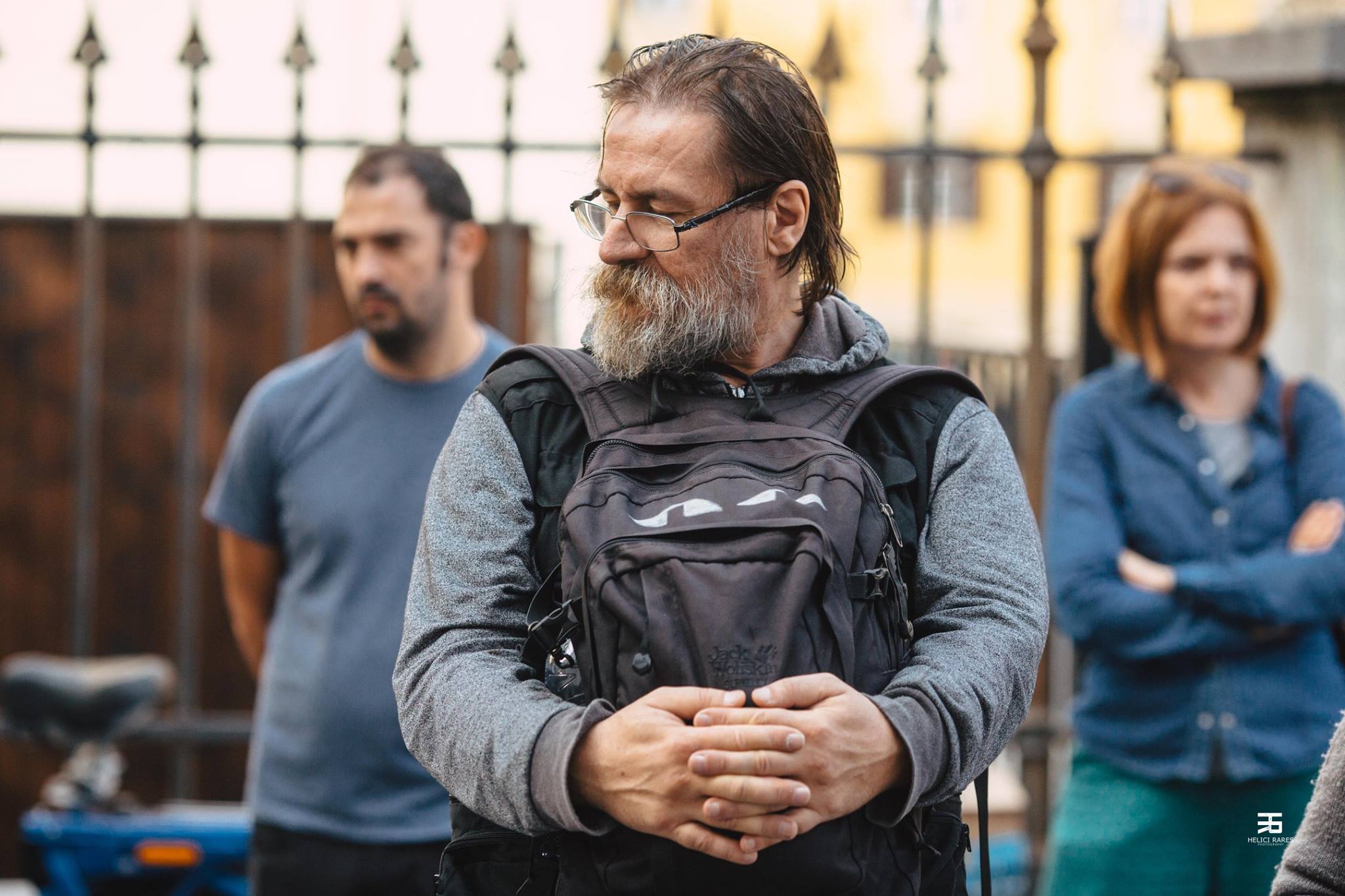